I had read that you can dehydrate cottage cheese, so I told Mike about it.  He doesn’t eat much cottage cheese, and we rarely cook with it, but I go through phases where I really enjoy it every day.  The problem is, sometimes it goes bad before I can finish a large container. 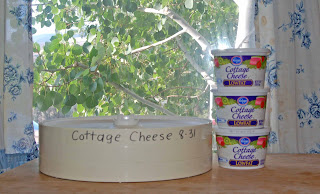 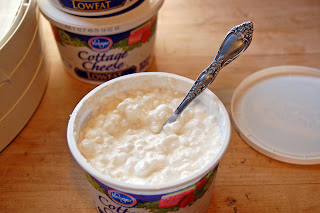 Mix Well
The first thing to do is make sure it’s thoroughly stirred to get an even mixture of curds and liquid. 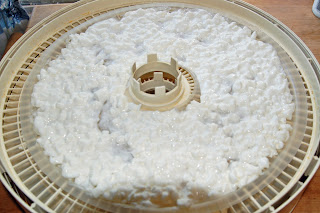 I spread some out on fruit leather trays. Some I made ¼ cup plops from some. I lightly spritzed the trays with unflavored no-stick spray. 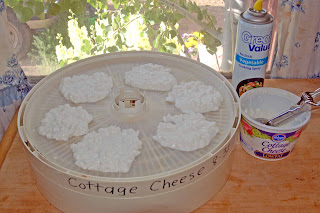 This was dried at 115 degrees for about three days. 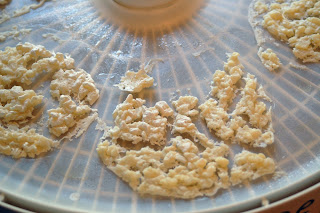 They both dried into a bark.  In the end, I decided that it was easier to store it all together, rather than trying to keep portions separated.  I ate some dry and it was extremely hard. I played around with rehydrating it. 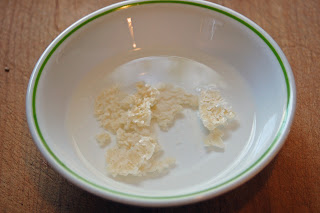 First, I took a little just as it is and soaked it in water. 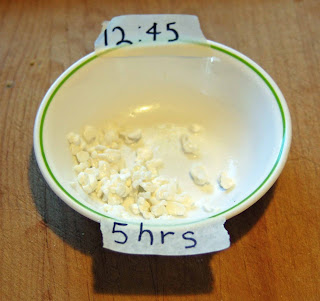 It took five hours of soaking, but it rehydrated perfectly. I simply drained the water off and ate it.  I couldn’t tell it had been rehydrated. 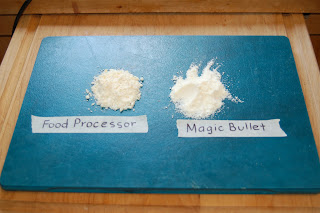 While waiting for the first batch to rehydrate, I wondered if smaller bits might rehydrate faster, so I buzzed it in the food processer before soaking it. then I decided to run some through my Magic Bullet to powder it fine. 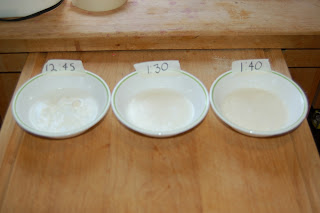 I found that the coarse grind and the powdered cottage cheese both took about three to four hours.  (Don’t know for sure, I took a nap and it was four hours before I checked it again.)
The result was that the ground cottage cheese did rehydrate faster, but I didn’t care for the texture. It was almost like clumpy milk. I’m thinking it might work in casserole recipes, but for just regular eating, I found the whole dried cottage cheese more palatable.


From this point, I guess it’s up to personal preferences as to what you may like.
Posted by Linda at 1:00 AM

Dehydrating foods for your family's needs.